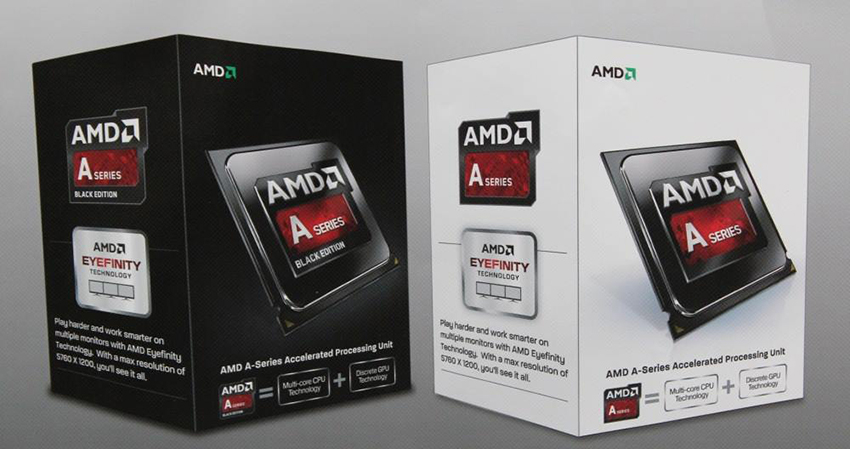 Ryzen is a brandof x86-64 microprocessors designed and marketed by Advanced Micro Devices, Inc. (AMD) for desktop, mobile and embedded platforms based on the Zen microarchitecture. It consists of central processing units marketed for mainstream, enthusiast and workstation segments and accelerated processing units (APUs) marketed for mainstream and entry-level segments and embedded applications. Ryzen is especially significant for AMD since it was a completely new design, and marked the corporation's return to the high-end CPU market after many years of near total absence. This is because AMD's primary competitor Intel had largely dominated this section of the market starting from the 2006 release of their groundbreaking Core micro architecture (derived from their earlier Pentium 3 core, which continues to underpin its CPU designs to this very day) and continuing on for the next ten years. Also of note is the failed release of AMD's infamous Bulldozer microarchitecture in 2011, which unlike Zen, was designed for parallel computing above all else (then still very much in its infancy, leading to often starkly inferior real-world performance) and ended up uncompetitive in essentially every area outside of raw multi-threading performance and its use in low power APUs with integrated Radeon graphics. All of which led to AMD essentially being forced to abandon the entire high end CPU market until Ryzen's release in early 2017.

AMD officially announced a new series of processors, named "Ryzen", during its New Horizon summit on December 13, 2016 and introduced Ryzen 1000 series processors in February 2017, featuring up to 8 cores and 16 threads, which launched on March 2, 2017. The second generation of Ryzen processors, the Ryzen 2000 series, features the Zen+ micro architecture, an incremental improvement built on a 12 nm process technology, was released in April 2018 and featured a marginal performance increase over Ryzen 1000 processors[9] that first released in 2017.[10] The third generation of Ryzen processors launched on July 7, 2019 and based on AMD's Zen 2 architecture, features more significant design improvements and a further shrink to TSMC's 7 nm process. On June 16, 2020, AMD announced new Ryzen 3000 series XT processors with 4% higher boost clocks versus non XT processors.

In December 2019, AMD started putting out first generation Ryzen products built using the second generation Zen+ architecture. The most notable example is Ryzen 5 1600, with newest batches, having "AF" identifier instead of its usual "AE", being essentially a rebadged Ryzen 5 2600 with the same specifications as the original Ryzen 5 1600.